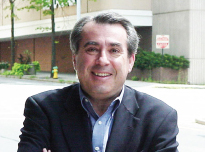 Mr. Dawidowicz, is an Executive Director of Quest, with over 40 years of diverse experience in the financial services industry. In early 2020 Mr. Dawidowicz was appointed a Subchapter V Trustee for the Southern and Eastern Districts of New York by the United States Trustee.

Prior thereto, Mr. Dawidowicz led the claims resolution process at AboveNet, Inc. ( formerly Metromedia Fiber, Inc.)  where he was responsible for managing, negotiating and settling over 4,000 claims totaling approximately $6.5 billion, interfacing with management, attorneys, creditors, claims purchasers and other parties in interest. This process included coordinating numerous omnibus motions with debtor’s counsel and negotiated directly with creditors and their advisors in reaching stipulated settlements resolving matters. Mr. Dawidowicz was also responsible for overseeing the distribution of cash and securities in settlement of allowed claims and assisted the company in accounting for these transactions including matters related to Fresh Start Accounting.

Before joining Quest, Mr. Dawidowicz was a principal and managing partner of the New York office of a major Midwestern operational and financial advisory firm. This followed his experience as a senior investment banker with a boutique investment-banking firm in New York specializing in middle market mergers and acquisitions. In that capacity, Mr. Dawidowicz worked with clients identifying acquisition opportunities, and led the negotiation and closing of numerous transactions in diverse industries.

Mr. Dawidowicz was also previously an Adjunct Instructor of Finance at Pace University and an Adjunct Assistant Professor of Accounting at NYU's College of Business and Public Administration (now the Stern School).